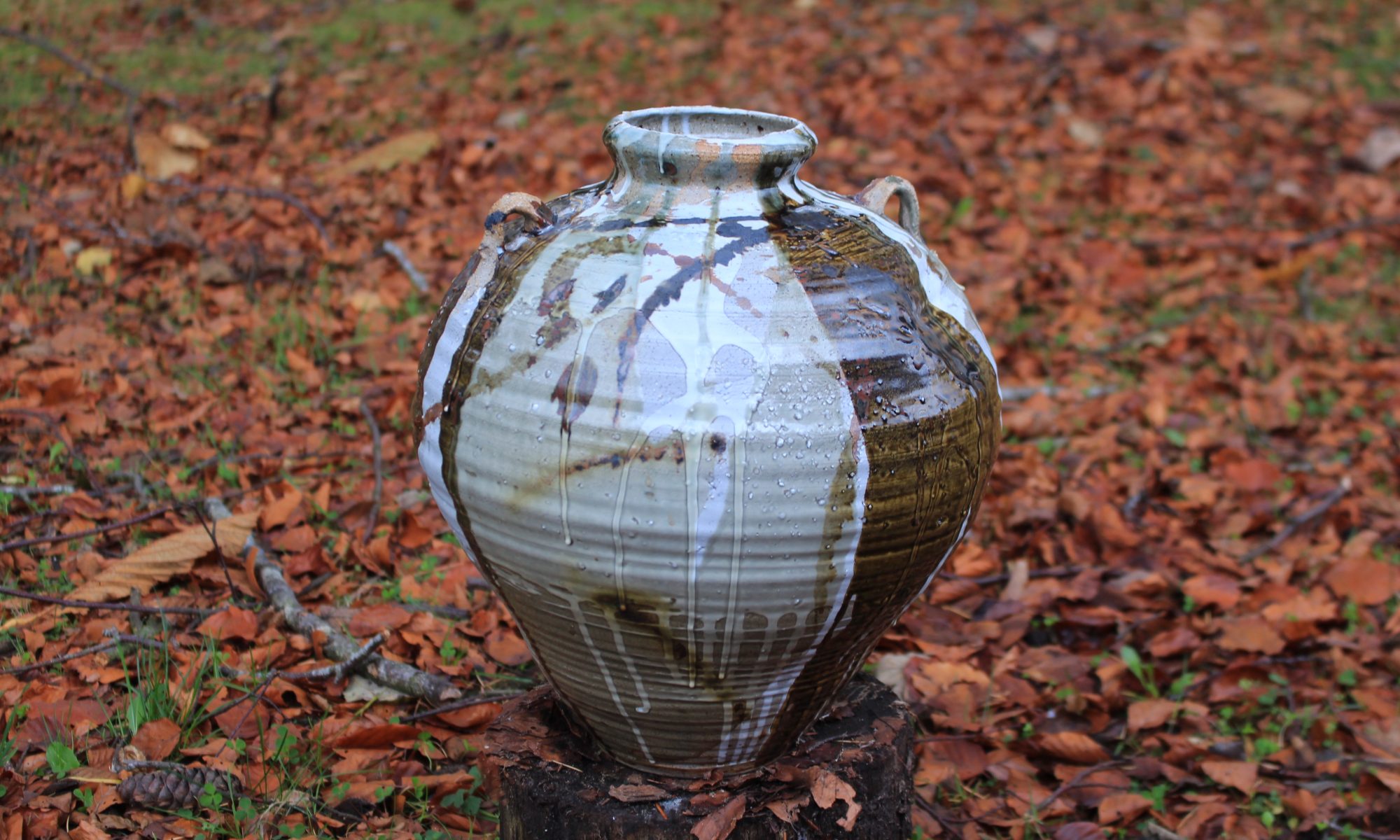 Early work focused on form, function and all the rules regarding aesthetics I was taught when studying my BA degree. I had always been interested by the richness of medieval British pottery, where the emphasis on the surface reflects the enjoyment and the considerations made by the maker. I had began making work inspired by Doug Fitch and Clive Bowen, who, in my opinion, were continuing an important part of British traditional heritage. I always remember watching an interview with Clive Bowen where he had mentioned someone describing Slipware as ‘born not made’, my passion with terracotta earthenware started then.

After developing my own way of working and feeling comfortable in my studio at Giggleswick, North Yorkshire, I begin wood firing. I wanted to push the boundaries of everything I had been taught, forcing the clay to it’s limit and beyond. Using the potter’s wheel as my main construction method, I often worked pieces to the point where it rips, tears or collapses. Once finished, my pieces would then be subjected to more punishment in the kiln, firing with wood, taking it as hot as possible. The intense heat causing the pots to warp, crack and sometimes, if I was lucky, it would melt. I had always been obsessed with function but wanted to push boundaries, take risks and break the rules. By not setting limits and being undeterred by failure, my personal development had an amazing influence on my creative thinking. I was often delighted if a price of work had a hole or a crack, because its original intended function would then metamorphose into another purpose. This made me realise that when at University my lecturer would refer to my thrown pots (whilst still on the wheel) as ‘things’, because they did not appear to have a purpose, possibly relating to ‘Thing Theory’, however, I was very happy to be making ‘things’. I allowed the clay to transform itself and I became the guide to achieving spontaneous, unplanned, impromptu work. The realisation that every piece would be unique and stand-alone was my conversion from being a Potter to becoming a Ceramic Artist.