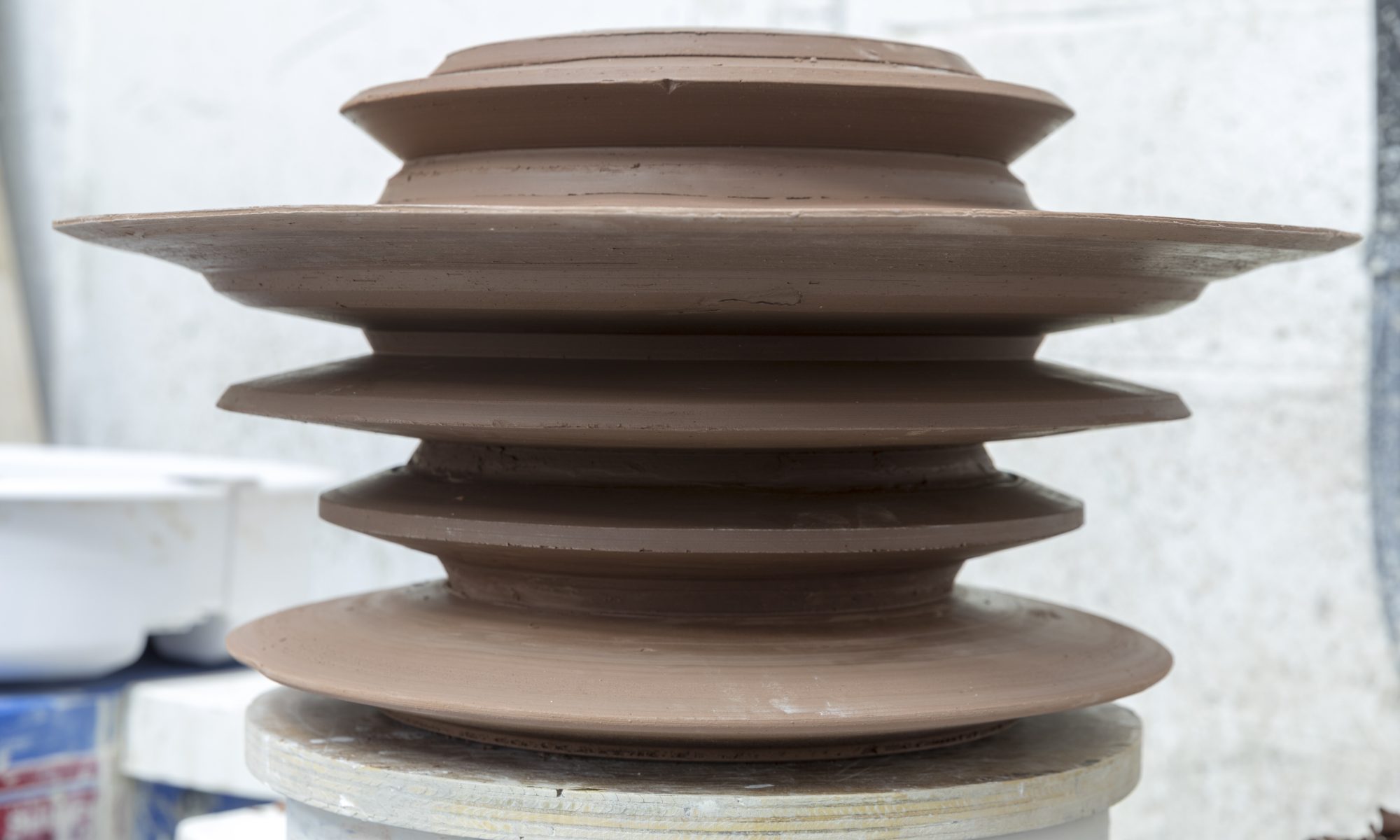 This current work has been developed through the concept of exploring energy within art together with the energy involved in making, and attempting to demonstrate the involvement of the maker.  There are many studies regarding the relationship between neuroscience and art, the effects which art might have on the brain, how this can impact on our emotions and what the brain experiences when creating art.  Studies have since inspired new research into neuro-aesthetics, understanding what decisions the brain makes in order to make art.  The concept of exploring aesthetics through the act of making and using energy to inform the work remains relatively unchartered. This would be the act of understanding what possible involuntary actions the body makes when directed by the brain to produce work.  Energy is of clear importance when making, and ‘energy’ is often used by critics to describe work.  As someone who was primarily trained as a potter to make function ware and taught to be as efficient as possible, therefore the idea of making ‘effort’ which is visible really interested me.

The profile of this work has evolved through the act of making tea bowls on a traditional potter’s wheel whilst monitoring the body’s reaction to work.  I recorded different variables such as heart rate, speed and cadence.  The information was collated on software which displays an output of watts.  Once imported into Rhino (CAD) the ‘energy’ has been used as a reference to create forms that have been constructed using a variety of processes.  Through experimenting with the use of 3D print, slip casting, extruding and other methods the decision was taken to make this piece using laser cut profiles and vertically turned clay on the potter’s wheel.

When constructing these pieces in larger scale certain risks have to be accounted for such as the rate of contraction in varying wall thicknesses. Thinner areas in wider parts of the form will contract quicker, causing sections to crack. Finer parts with little support will distort during firing.  The solution to these issues is to make the pieces in smaller sections, allowing each piece to move freely throughout the whole making process.