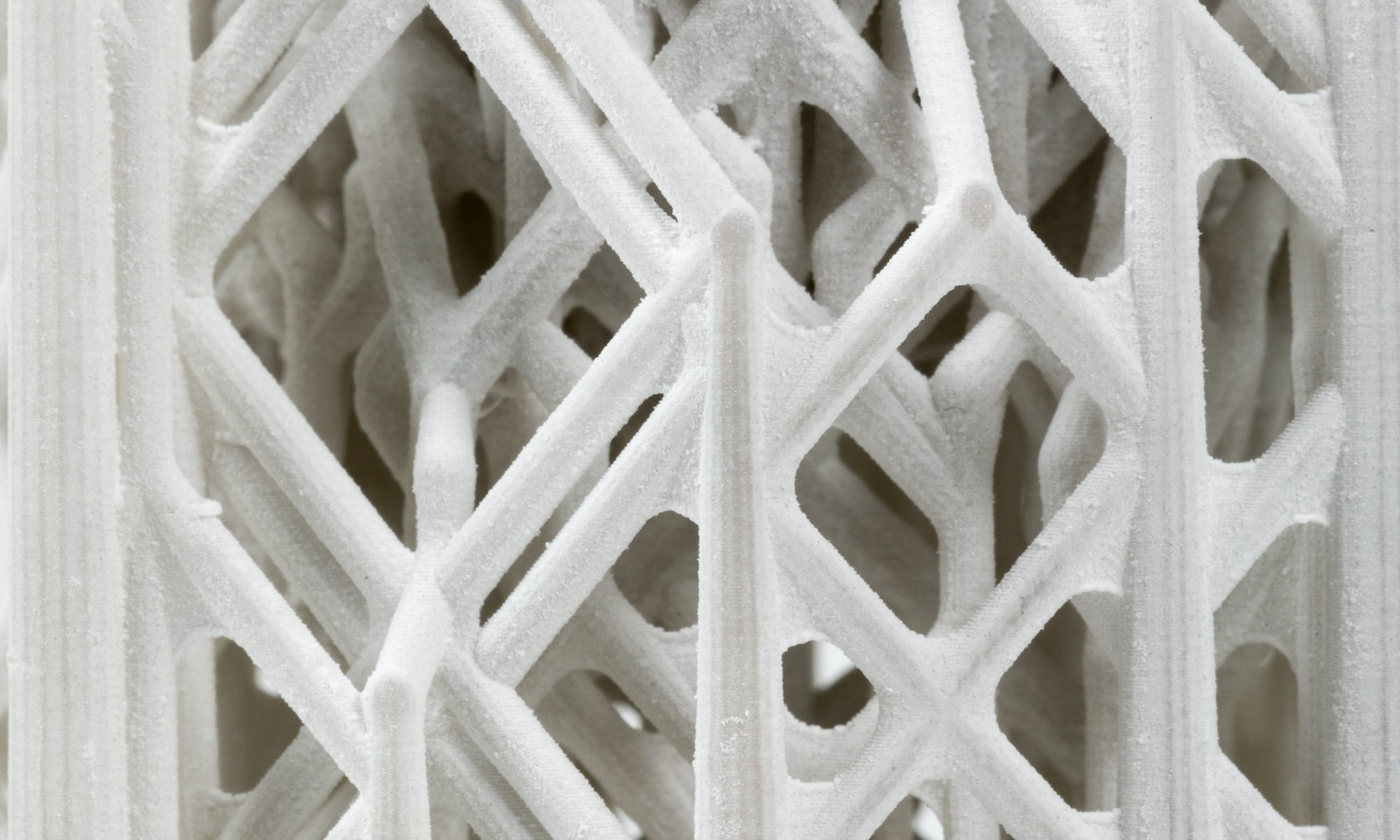 This project has developed due to the release of a new ceramic resin, which is to be used on the Form 2 printing using SLA (stereolithography) technology, released by FormLabs. The overall aim of this investigation was to explore the limitations of a resin designed to reach 1300 degrees Celsius. The support structure is 2mm thick holding the main body of the form, which is 3mm thick.

The first two fires proved unsuccessful, as ceramics with this thickness becomes very fluid at a high temperature. The third firing at a lower temperature was relatively  successful as the piece retained it’s form, however, in doing this became quite brittle and porous as the kiln did not reach an adequate temperature required to vitrify the material.